The principle of microbiological action of grease

Most people are in the habit of pouring leftovers and grease directly into the sink after cooking and washing dishes. This habit is repeated every day, so the amount of food and excess grease under the drainage pipe increases, not in time to decompose, causing odors. In addition, food crumbs are structurally hard, cannot escape, stick to grease and then get stuck in pipe walls. This is the cause of the blockage of the drain pipes, causing the sink to become clogged, and wastewater cannot drain.

Therefore, handling the obstruction caused by grease is not only the top concern of restaurants, restaurants, … but also the concern of housewives. So how to solve this problem? 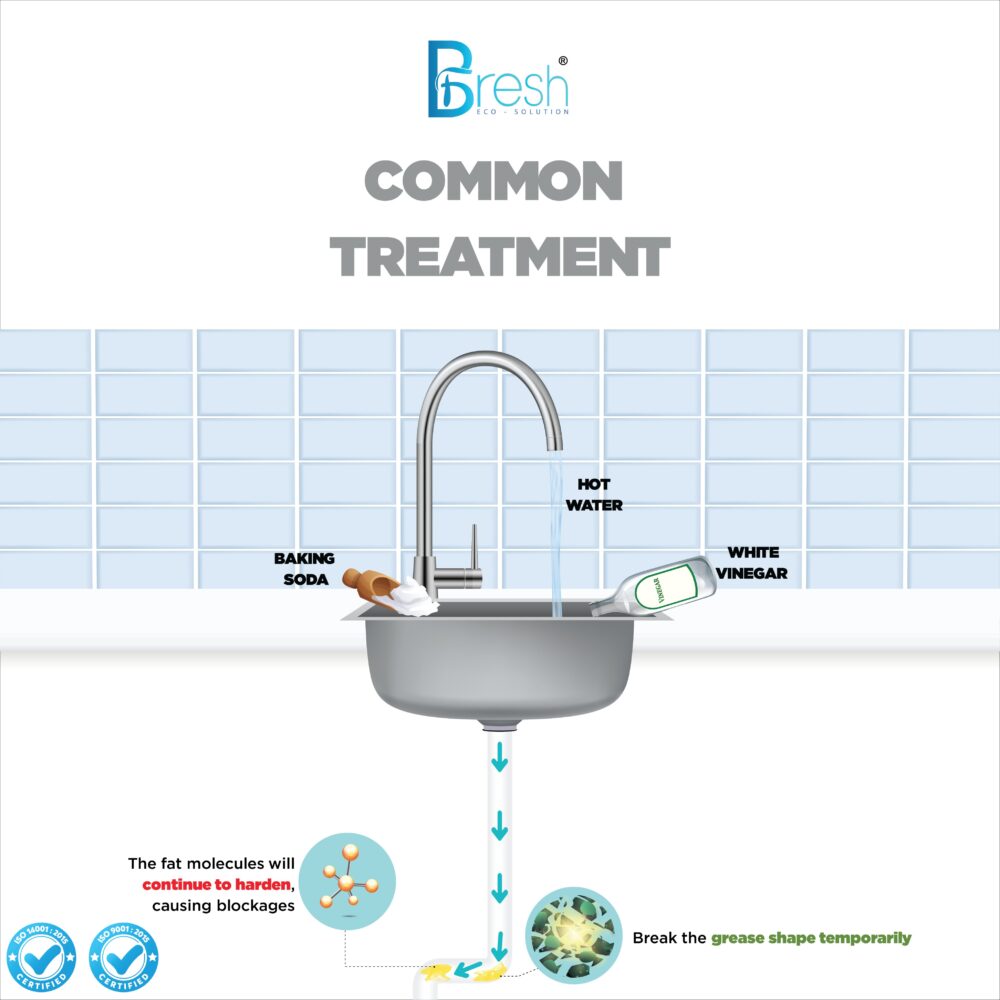 With lots of ingredients available in the home, such as backing soda, white vinegar, and boiling water, it will be easier to clear the pipes. The methods work to break the grease’s shape, but the texture remains the same. The fat melts and continues to move through the pipe without problems. However, these fat molecules will continue to harden, clogging the drainage lines and creating other problems.

Treating grease with microbiological products is a modern biological method that is optimal and far superior to other methods.

Why say biological method is more optimal than other measures? 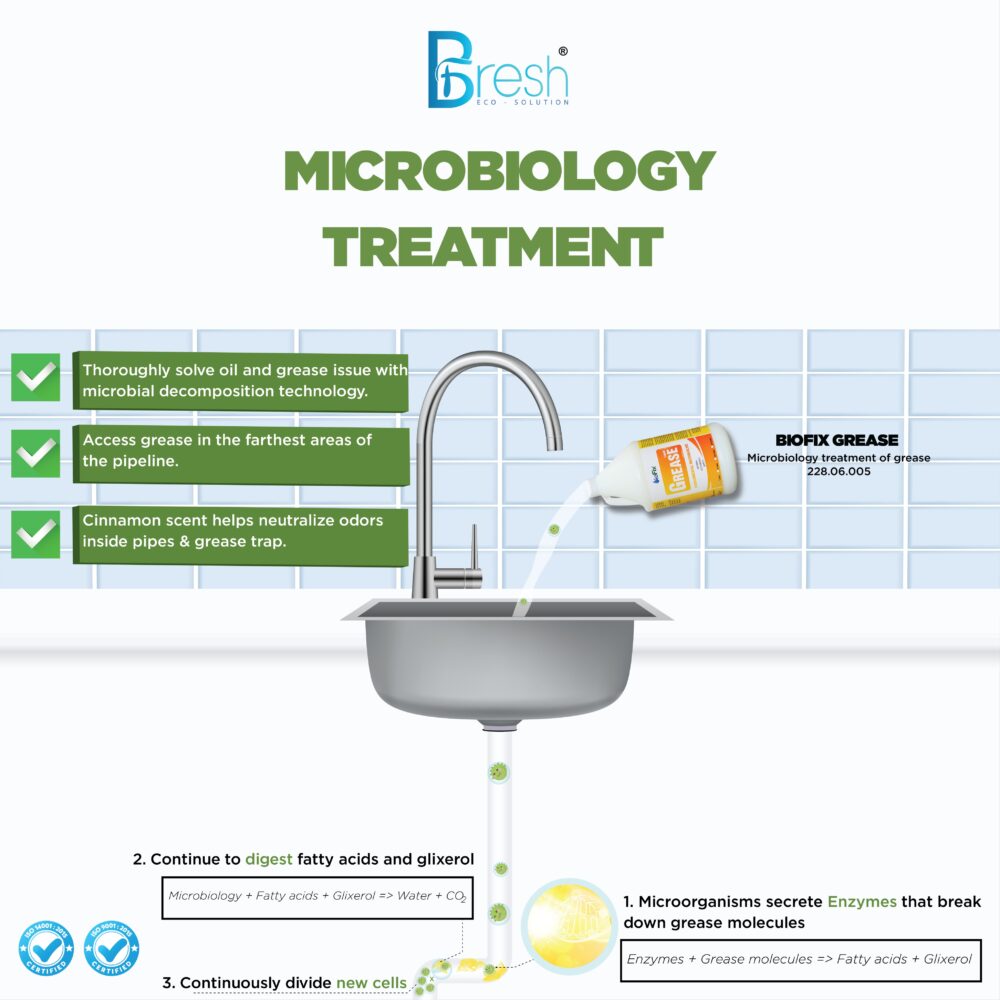 Biogen will continue to digest fatty acids and glixerol and converted to basic ingredients such as water and CO2. Then, microorganisms form cells and divide, thereby increasing the number of microorganisms. Thanks to this mechanism, microorganisms can reach the grease from far away and the grease does not harden back and damage pipes.

In addition, the cinnamon scent in the product will neutralize the odor inside the pipe and trap the fat.