Danger from the bad odor of garbage

Vietnam is one of the countries that is being “invaded” by waste. On average, about 1.8 million tons of waste is discharged into the environment every year, due to inadequate management and treatment causing extremely serious consequences not only for the environment but also for the people health living in nearby areas. In particular, the bad odor of garbage leads to be discomfort. Moreover, it is a silent agent that causes dangerous diseases for humans.

The organic group is the easily degradable waste group such as straw, stems, leaves, etc. But the inorganic group is completely the opposite because when it decomposes in the sun and some bacteria species will produce gas. Hydrogen sulfide (H2S) has a rotten egg smell and a strong effect on the human nervous system. When we are in direct contact or live in a polluted environment for a long time, it will affect the respiratory tract to different levels:

The first stage: the people will feel dizzy, dizzy, breathe heavily, vomiting… It often happens to pregnant women, the elderly, and children.

In addition, the carcasses of animals are rotting, which will produce amine gas from the rotten vapors and hydrogen sulfide derivatives from the decomposition of garbage, causing stimulation of the heart rate to tachycardia, affecting human health. 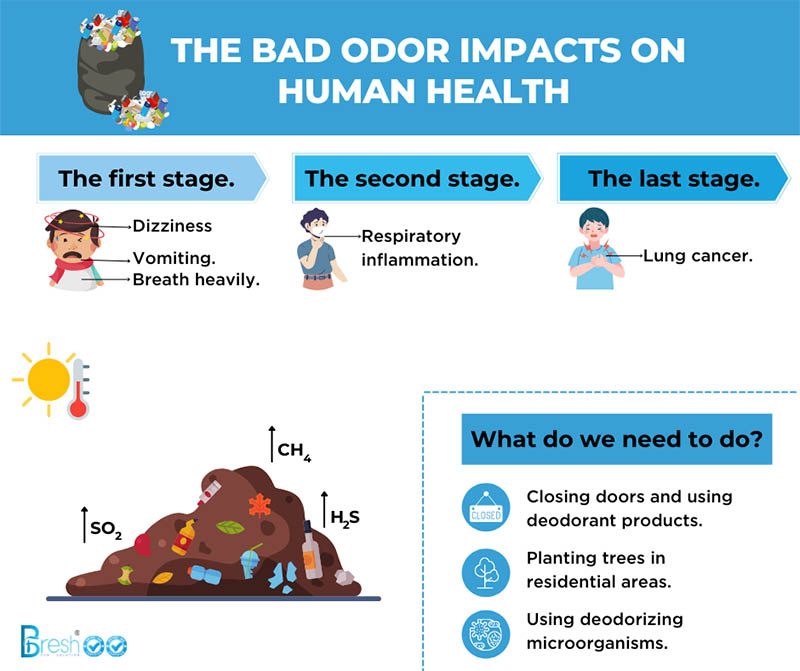 Besides, a landfill is also an ideal place for vectors such as insects, flies, mice… These are vectors that not only make disease to humans but also families and cattle. We can see, some major diseases such as dengue fever, mosquito-borne malaria, plague, Jaundice spirochete disease caused by mice, mosquitoes, flies, etc. Moreover, landfills are breeding grounds and the existence of harmful bacteria such as typhoid bacteria, dysentery bacteria, roundworm eggs. 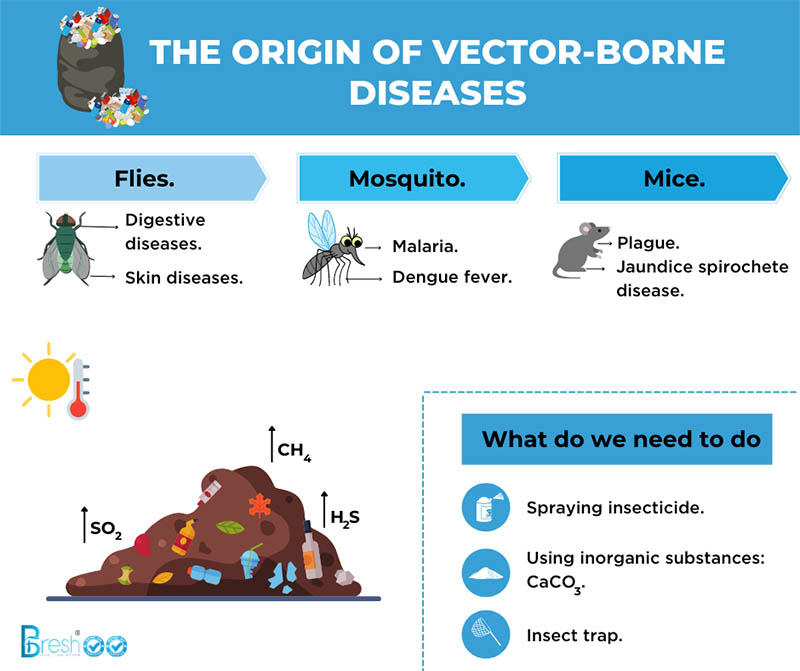 Any solutions are for the above problem?

In areas are affected by bad odors from garbage, people can deal with it in different forms. For example: closing doors and using deodorant products in the house, planting trees to prevent odors in residential areas.

In addition, the deodorizing microbiological method – Biofix SOC E is also one of the optimal solutions to solve the above problem. Because it contains beneficial microorganisms and biocatalysts, which promote decomposition and eliminate odor-causing agents, due to the latest technologies in microbiology and chemistry. In particular, the product is completely natural. Therefore, it is not harmful to humans and pets as well as non-corrosive to metals.